U.S. utility customers, faced with some of their largest bills in years, are set to pay even more this winter as natural-gas prices continue to climb.

Natural-gas prices have more than doubled this year because of a global supply shortage made worse by the war in Ukraine, and they are expected to remain elevated for months as fuel is needed to light and heat homes during the winter. The supply crunch has made it substantially more expensive for utilities to purchase or produce power, and those costs are being passed on to customers.

From New Hampshire to Louisiana, customers’ electricity rates are increasing. The Energy Information Administration anticipates the residential price of electricity will average 14.8 cents per kilowatt-hour in 2022, up 7.5% from 2021. The agency forecasts record gas consumption this year amid surging prices, in part because power producers are limited in their ability to burn coal instead due to supply constraints and plant retirements. 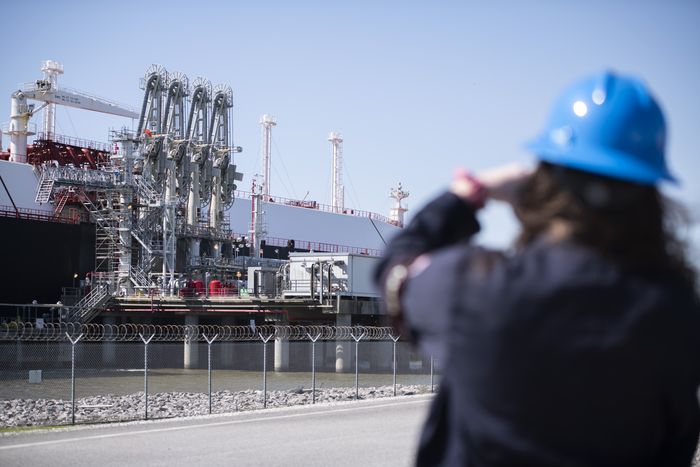 A liquefied-natural-gas vessel waited to be loaded at a facility in Louisiana this spring.PHOTO: MARK FELIX/BLOOMBERG NEWS

Electricity prices have surged in many parts of the country alongside natural-gas prices as exporters ship record amounts of the fuel abroad because of supply shortages in Europe, which is working to slash its reliance on Russian supplies. Natural-gas producers, hamstrung by pipeline constraints and investors pushing for austerity, haven’t increased production enough to alleviate the pressure.

The U.S. consumer-price index for electricity in August climbed 15.8% over the same month a year ago, the biggest such 12-month increase since 1981, according to a report from the U.S. Bureau of Labor Statistics.

The strain is particularly acute in New England. The region is investing heavily in renewable-energy sources, but many of those projects aren’t yet operational, and it still relies heavily on natural gas for electricity production. The region has limited pipeline capacity and imports large volumes of liquefied natural gas, which are in shorter supply as a result of European demand.

Eversource Energy, a utility company that serves about four million electric and natural-gas customers in Connecticut, Massachusetts and New Hampshire, last month implemented an unprecedented price increase for customers in New Hampshire. Rates more than doubled from about 10.67 cents to 22.57 cents a kilowatt-hour and will remain at that level through January.

James Daly, Eversource’s vice president of energy supply, said rate increases appear especially steep in New Hampshire because regulations require the company to contract for supplies less frequently than in other states, where price increases are more gradual as a result. He said wholesale electricity prices have roughly tripled since 2020, reaching $130 a megawatt hour during periods of peak demand.

“We’re still seeing the effects of the war in Ukraine on liquefied-natural-gas prices, and that affects our winter supply situation,” he said.

Donald Kreis, who works on behalf of utility customers through New Hampshire’s Office of the Consumer Advocate, said his office has lately seen a sharp increase in the number of calls from customers concerned about their ability to handle the jump in electricity prices. The costs of natural-gas and fuel-oil delivery have jumped as well, making home heating more expensive as it gets colder.

In Louisiana, rising fuel costs are coming on top of recovery fees charged by utilities to pay for damage from a relentless series of storms.PHOTO: GERALD HERBERT/ASSOCIATED PRESS

“People are really freaked out because winter looms,” he said.

The National Energy Assistance Directors Association has forecast the highest winter heating season in a decade—a 35% jump to an average of $1,202 from two seasons ago—and a likely shock to consumers.

“For families with limited discretionary income, this is a very significant burden because we’ve had a long period of very affordable home energy,” said Mark Wolfe, executive director of the group, which represents state directors of the federal program to help low-income people behind on energy bills. Around one in six American families are already behind on utility bills, NEADA estimates.

Duke Energy Corp., a North Carolina-based utility company that supplies electricity and natural gas in parts of seven states, has been working to manage gas-price volatility with hedging strategies. The company recently warned residential customers in Florida, where regulations restrict hedging, to expect bills to increase by an average of 13% starting in January.

“The spot prices that we see for natural gas are very scary,” said Nelson Peeler, Duke’s senior vice president for transmission and fuels strategy. He added that fuel costs can account for at least 30% of a monthly bill with prices at such high levels.

In Louisiana, where power generation skews heavily toward natural gas, rising fuel costs are coming on top of recovery fees charged by utilities to pay for damage from a relentless series of storms that have battered the state. An especially hot June and July meant people used more air conditioning than usual.

“Not only did we have higher rates as a result of those high natural-gas prices, we also had higher usage,” said Phillip May, chief executive of Entergy Corp.’s Louisiana business. “It’s coming at a time when they’re seeing higher grocery prices and higher gasoline prices.”

“Louisiana saw the effects of these gas prices immediately, faster than just about any other state, but those price changes are coming to every state,” Mr. May said.

Entergy’s fuel charges soared 91% in July over the same month last year, according to a report from the state’s utility regulator. Overall bills rose about 38%, Entergy Louisiana said.

A $150 monthly jump in her utility bills to around $320 prompted Chrystal Simon Boutte to use two white poster boards purchased at Dollar General to create a Halloween costume that looks like a giant Entergy bill. “Bringing the frights,” she wrote in a Facebook post in August of herself in costume—head poking out through a circle cutout—that got 1,400 likes and was shared 700 times.

“It is a legit fear when I get my email alerts that my Entergy bill is ready. I would rather have Michael Myers knocking on my door right now,” Mrs. Boutte said of the villain from the “Halloween” movies.

Residential electricity will cost more this winter in much of the U.S., the Energy Information Administration says.PHOTO: MALIK RAINEY FOR THE WALL STREET JOURNAL

Tags
Electric Bills Soar Across the Country as Winter Looms

Get the latest information update delivered directly to your inbox.